After eight months of deliberations, the prime minister’s defense ministry reform council, hastily convened after a series of scandals rocked the defense ministry in 2007, has released its final report on reforming the ministry. 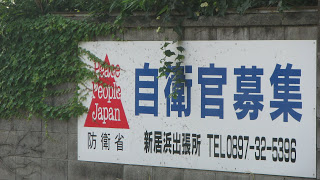 In the report, the council sought to address two issues. First, it investigated various institutional failures in the defense ministry and the Self-Defense Forces and recommended fixes. Second, it studied the organization of the ministry and the SDF and offered recommendations for enhancing the ability of both to defend Japan.

The former is ostensibly the reason for this council’s existence, as demonstrated by the list of cases it investigated: the scandal surrounding MSDF refueling mission in the Indian Ocean, in which the JSDF and the defense ministry paid less than close attention to how the US was using fuel provided by Japan; information leaks by JSDF members, especially the Aegis leak; the Atago incident, in which a Japanese warship collided with a fishing vessel; and the biggest scandal of all, corrupt dealings by Moriya Takemasa, the disgraced former vice defense minister.

To address these failings, the council offered three broad principles for reform: (1) total adherence to rules; (2) the establishment of professionalism; and (3) changing the bureaucratic culture to emphasize the execution of duties.

Under the first heading, the report admonishes senior officials to set an example for their subordinates by following the rules. It then proposes increasing workplace education so that staff will spontaneously follow the rules. It also proposes strengthening laws governing the protection of classified information. In regard to procurement, it proposes introducing greater transparency and competition into the procurement process and more direct contracts with foreign arms makers (presumably side-stepping the trading companies that currently serve as middle men for the defense ministry).

Interestingly, buried in this section is a discussion of the ministry’s inspector general (IG) office, which was created with little fanfare in September 2007. As of yet, however, the IG’s purpose in the ministry appears unclear.

Having spent a summer in the inspector general’s office of the US Department of Defense, I have an appreciation of the role played by inspectors general in inspecting, uncovering, and punishing cases of “fraud, waste, and abuse.” The DoD IG serves under the secretary of defense but plays an independent role in policing the department and often works with members of Congress interested and concerned about how the defense establishment uses (or misuses) taxpayer dollars. The US government’s IGs, including cabinet department IGs and the Government Accountability Office (GAO), play an important role in creating transparent government in the US, making it easier for the public and elected representatives to hold the government accountable for its misdeeds.

The report calls for the strengthening of the newly created IG office by giving it the power to conduct surprise inspections. That’s a start, but it’s not nearly enough. The IG needs to be independent and needs to be free to communicate with legislators. Whistleblowers need to be protected so that they can report to the IG without fear of reprisal. Strengthening the IG should be at the center of this reform package. A strong, competent IG would do more to stop corruption in the ministry than centuries worth of workplace education about obeying the ministry’s regulations, because an IG is founded on the idea that wrongdoing will occur and standing agencies should be in place to ferret out and punish perpetrators quickly.

It’s fine to call for more professionalization in the defense establishment. Considering the sordid tales of JSDF members compromising classified information by using work computers to trade pornography, it is clear that Japan’s defense establishment is woefully lacking in professionalism. But moral injunctions and more education will not fix the ministry’s problems.

Nor, for that matter, will Defense Minister Ishiba Shigeru’s pet proposal of mixing JSDF members and civilian bureaucrats in the ministry’s bureaus, which constitutes the second section of recommendations.

The second section addresses national strategymaking in addition to deficiencies in the defense ministry. The report’s central proposal is that the role of the Kantei in strategymaking must be strengthened in order to better cope with the changing regional and global environment. The council made a number of recommendations to this end: drafting a national strategy, instituting regular meetings among the foreign minister, the defense minister, and the chief cabinet secretary to discuss national security, reviewing the defense procurement process, enhancing the system of prime ministerial advisers, and strengthening the chief cabinet secretary’s foreign and defense policy staff. This section also includes proposals for strengthening the defense ministry’s defense council, such as the inclusion of the chiefs of the joint staff office and the three services in the council’s deliberations. It calls for the expansion of the ministry’s policy bureau and enabling JSDF officers to serve in civilian bureaus in positions below vice-director. In expanding the policy bureau, it calls for enhancing intelligence and analysis skills.

It is unclear if and when these proposals will be implemented, but one thing is certain: this report punted on the issue that prompted the reform council in the first place, ministerial corruption, of which Mr. Moriya is but the most prominent example. While the report mentions the need to review the defense procurement process, the trading companies that are a major source for waste and corruption are not mentioned whatsoever. The details of procurement reform are left for another time, suggesting that they won’t be addressed at all. It is encouraging that the government recognizes that it simply wasn’t enough to call the former defense agency a ministry, that making it a proper ministry means instituting major changes in the ministry’s mindset and ministerial culture. But more is needed, starting with, as the report suggests, a strategic review (perhaps something akin to France’s recent white paper on defense). What are Japan’s primary national security goals, and what capabilities does the defense establishment need to meet them? A discussion must proceed from these fundamental questions, starting from scratch and looking at the region and the world in specific terms, instead of relying on vague terms like “uncertainty.”

Given that the defense budget will continue to fall, it is imperative that both the Japanese government think seriously about how it spends its increasingly limited defense appropriations. Funds are too limited and the defense of Japan too important to tolerate plans that line the pockets of the trading companies while doing little to enhance mational security.

In this regard, I must issue a mea culpa to US Ambassador J. Thomas Schieffer, who I criticized in this post for telling Japan it should spend more on defense. Thanks to a link from Shisaku, I was able to read the whole speech, which is less about how much Japan spends than the process by which Japan decides what to spend. The ambassador called for Japan to be smarter about procurement, to cooperate more with the US on developing weapons systems. In short, he calls for a bilateral version of the process I called for above: “…We must regularly engage in strategic dialogue to define our mutual goals. From there we must analyze our respective strengths and maximize productivity and savings. No one benefits when we take separate paths to reach the same point. Creativity and innovation are the byproducts of collaboration and teamwork.” Press reports that focused on the sum of expenditures missed the point of the speech. I wholeheartedly support the ambassador’s call for better defense procurement processes in both countries.

From this reform council’s report, however, it seems that Ambassador Schieffer’s call fell on deaf ears. The Japanese government has a long way to go before it can be said that the government is making procurement decisions on the basis of national defense instead of the enrichment of private interests.

2 thoughts on “For the defense of Japan”